G. Bruce Kuehne and Marcus T. Foote are the founding partners of Kuehne & Foote, APLC. Together, they have built a firm of dedicated, skilled professionals whose passion and purpose is to serve each client with integrity, competence and promptness. Our attorneys pride themselves on taking a results-oriented approach to each case. We do more than file legal papers; we get to the heart of the practical and legal issues with each client. 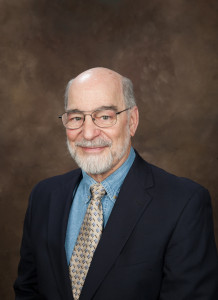 Bruce Kuehne is a scholar and a gentleman, and has practiced law in Louisiana since 1976, after graduation from Harvard Law School. While at Harvard, he was a journalist for the Harvard Law Record, and recalls the interesting experience of interviewing then presidential candidate Jimmy Carter for the Harvard newspaper. His interest in journalism and the power of the written word began in high school. He attended Jesuit High School in New Orleans, where he participated in the liberal arts honors curriculum, lettered in football and track and participated in many other extracurricular activities.

Bruce graduated from Tulane during the Vietnam War and his first full-time employment was with the United States Air Force, in which he served as an Information Officer. His job during this time included News Media Relations, Public and Governmental Relations, and supervision of newspaper publication and radio & television broadcasting.

Bruce’s legal practice has covered many areas of the law, including bankruptcy; business and consumer transactions; secured transactions; real estate; litigation, including (commercial, consumer, bankruptcy, ERISA, tax and securities). Bruce has been active in the Louisiana Bar Association, including many years of service on the Professional Malpractice Insurance Committee, on which he served as Chair for several years. He is an emeritus member of the Dean Henry George McMahon American Inn of Court and served as Master, Recorder and Counselor (vice president) of that organization. He was a founding director of MidSouth National Bank (now MidSouth Bank). Bruce was a candidate for the Nineteenth Judicial District Court in 1996. He also served as Childrens’ Leader in Bible Study Fellowship International for many years and is currently an adult group Bible study leader. Bruce is a voluntary teacher of English for international students on the LSU campus and is an adjunct professor in the LSU legal studies program. He is currently a director of Gulf Coast Teaching Family Services, Inc., a large non-profit organization which provides social services to the needy. 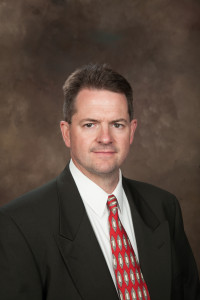 Marcus has been the driving force behind the firm’s newest practice area — In Marriage QDROs. He has also authored numerous FooteNotes containing helpful practice tips on complex areas of the law that are followed by attorneys throughout the state.